Quo vadis UK Higher Education? Some Observations from the Inside

In less than two years, three strikes took place at a large number of UK universities. In February 2018, members of the University and College Union (UCU) – the trade union for further and higher education employees with over 120,000 members – went on strike in sixty-one UK universities for a total of fourteen days and in November 2019 the strike paralyzed sixty universities for eight days. Talks between UCU and the employers' representative – Universities UK (UUK) – broke down in early 2020 and another series of strikes affected seventy-four UK universities over fourteen days in February and March without a resolution to the dispute.

The legal dispute centres on two issues – pensions, and pay and working conditions. The pensions dispute concerns a planned increase in contributions by members of the Universities Superannuation Scheme (USS) and reduced benefits for members. It is worth noting that the proposed changes are in addition to those already in place since 2011 which resulted in a typical USS member paying £40,000 more into their pension but receiving £200,000 less in retirement (see Benstead 2019). The dispute over pay and work conditions involves pay, equality, casualization, and workloads. UCU data highlight the gravity of the situation: the value of pay in higher education has fallen by around 20% since 2009; gender and race pay gaps persist (see also Amery at al. 2019; UCU 2019); casualization is rife with 70% of researchers in higher education employed on fixed-term contracts and workloads constantly expanding with the average work week now above 50 hours (more detail here).

The strikes are symptomatic of a sector in serious difficulties, a crisis that – to borrow Frank et al.'s (2019) book title – is the result of markets without competition. The marketization of higher education – the introduction of market competition in a sector that was previously governed through direct public control – has been unfolding since the 1980s with the declared economic aim of creating a competitive well-functioning education market. However, there is a number of caveats in this respect. Marketization cannot be understood as a socially or politically neutral phenomenon that is purely restricted to economic outcomes. Market-oriented behaviour is increasingly viewed as the basis for much of our lives. We experience "the permeation of market exchange as a social principle" (Slater and Tonkiss 2001). In the case of education, its role in servicing the economy has been foregrounded at the expense of its role in serving societal or developmental goals. We also need to keep in mind that policies are not politically or ideologically neutral: "marketization is as much a political/ideological process as an economic phenomenon. So for example, through the medium of marketization governments often promote clearly defined political policies" (Furedi in Molesworth et al. 2011). And finally: "in politicized settings, research and expertise are much less likely to be used as an authoritative source of policymaking, as this could be interpreted as a threat to political primacy (Hoppe 2005). When expertise itself becomes increasingly politicised, research–policy relations are more likely to vary over time with shifts in political power" (Scholten and Verbeek 2015).

Changes to the funding of higher education in the UK have been a highly politicised matter. Tuition fees of £1,000 were introduced in the UK in 1997 by a Labour government, and by 2009 they had grown to £3,290. Following the 2010 general election – when a coalition government comprising the Conservative Party and the Liberal Democrats came to power – fees were increased to £9,000 despite mass protests and the risk that this move would sound the death knell for the Liberal Democrats whose election manifesto promised to abolish tuition fees. Since 2016, tuition fees have been £9,250. All the main UK political parties have toyed with the idea of abolishing tuition fees or even made election pledges to do so – the Conservatives in 2005, the Liberal Democrats in 2010, and Labour in 2017 (for a concise timeline see Williams 2017).

The UK (actually not the whole of the UK as education is devolved and tuition fees are significantly lower in Scotland and Northern Ireland) has higher tuition fees than almost anywhere in the world (see e.g. Coughlan 2017). On average, a UK undergraduate completes their studies with a student loan debt of £50,000 (for comparison, the annual median earnings of a full-time employee between April 2018 and April 2019 were £30,420, see Smith 2019). And although student loans are complicated and arguably not everything gets repaid, this is a significant debt that impacts all areas of students' lives, including their mental wellbeing. A literature review by Gayardon et al. (2018) suggests that there is a negative association between student debt and mental health during and after completing university education. One should therefore not be surprised by the significant increase in mental health problems – particularly anxiety and depression – among university students. The extent of the problem is such that UK media report widely on "the mental health crisis at UK universities" (see e.g. Shackle 2019).

Many consider the introduction of the £9,000 fees in 2010 as a turning point when the relationship between students and tutors transformed fully into that of clients and service providers, with significant consequences. In this market environment:

universities need to assure as much quality as possible to be "market leaders." This leads to more control over the work effort and the commodification of education – think quality control, auditing and ranking performance. Yet, rather than developing a competitive, well-functioning education market, the marketization of education has been paralleled by an increase in state intervention, through, for example, the introduction of the Teaching Excellence Framework. This and other measures of ranking universities, such as the Research Excellence Framework, have led to an increased use of performance targets in research and teaching (Connolly 2019).

The tuition fee increase opened up the English and Welsh higher education systems to full-blown market competition, removing guaranteed income from the government and government- set full-time undergraduate student numbers. English and Welsh universities compete for an uncapped number of students on the UK and EU as well as international markets. This is in sharp contrast with the rest of the UK as universities in Scotland and Northern Ireland continue to have allocated numbers and some government funding for Scottish, Northern Irish, and EU students (and consequently much lower tuition fees). The consequences of virtually unlimited competition are significant for English and Welsh universities as higher education "has become big business. And individual universities are big businesses. Regardless of whether they see themselves that way. […] Being successful in big business needs a different set of corporate capabilities than those that have served universities well in the past" (Corver 2019).

The UK higher education regulatory framework has undergone related profound changes. In 2018, a new regulatory body and competition authority – The Office for Students – was established and among its four regulatory objectives is to ensure that students receive value for money. Indeed, value for money in higher education was at the centre of an inquiry by the House of Commons Education Committee (2018), it formed part of the Conservative Party manifesto in the 2019 general election, and an inquiry by the Office for Students is also going to focus on it in spring 2020. Needless to say that the metric itself is highly problematic and, at its crudest, value for money in higher education is equated with future earnings. It is likely that in 2020 the Office for Students will cut the last remaining funding provided by the government (at the value of about £1.3 billion annually) for a select group of high-cost – often lab-based – subjects, mostly STEM (science, technology, engineering and mathematics) ones. It is also anticipated that the government will cut the current tuition fee of £9,250 to £7,500, as recommended by the Post-18 Education Review (Augar Review) concluded in May 2019. It remains to be seen whether the government will make up for the lost income as recommended by the Review.

However, it has become clear that the tuition fee level currently set by the government for UK and EU students has been seriously inadequate.

[R]esearch-intensive institutions are on average making a loss of around £1,750 per home student every year on lab-based science and technology subjects. Likewise, intermediate-cost courses such as archaeology, design, and the creative arts are also operating at a considerable loss: around £1,500 per student annually. […] For the first time in 2019/20, our analysis suggests classroom-based subjects, such as the humanities and social sciences, are running small deficits of over £200 per year per student on average. This broadly aligns with KPMG's report last year for the Department for Education which found the cost of delivery even for the cheapest to run courses is an average of £8,801 per year per student across the sector (Stevens 2020).

This raises the obvious question of how universities make up for the shortage of funding. Some developments in this respect focus on universities' "core business": they attempt to get more students and some of the ways of doing so have gained a lot of media attention. The recruitment of foreign students has been particularly encouraged as fees for those are not capped by the government (some degrees cost four times as much for overseas students as for home and EU ones as, in addition to the higher tuition fees for the degree, they may involve compulsory pre-sessional language courses or foundation years). The practice of making unconditional offers to applicants – effectively offering a place at a university based on predicted rather than actual results of final exams at secondary schools – has been criticized by the Minister of Education Damian Hinds. However, the use of these kinds of offers has grown despite the Minister's objections (see Fazackerley 2019).

It is not surprising that new sources of income generation are constantly sought and are not necessarily linked to the universities' "core business". For example, some universities have larger incomes from catering and accommodation than from research. And, of course, cost cutting is never far from the horizon. The University of Sunderland has recently closed its history and modern languages departments, the School of Oriental and African Studies has cut research leave for staff, and Goldsmiths announced restructuring plans – the third round of restructuring since 2010. Although Goldsmiths is probably an extreme example, restructures and mergers appear to be the go-to solution, with some universities back-and-forthing between more centralized and more de-centralized structures (the frequency of restructures is particularly concerning as research suggests that the benefits of mergers at universities are short-lived and the gain in efficiency is only 5%, see Papadimitriou and Johnes 2019).

Managerial decisions are linked to the final point that I make in relation to the current state of UK higher education. There is a growing disconnect between "regular" staff members and their managers, particularly those in the highest leadership positions. University management positions have become full-time so those making decisions that impact teaching and research, staff wellbeing, equality and much more, actually no longer participate in the "core business" of universities. The lure of a managerial career pathway can certainly be financial. The UK media have reported extensively on the income of university executives, with the highest earning Vice Chancellor of a UK university receiving an overall pay package of around £500,000. This is particularly disturbing in light of the overall pay and work conditions that UCU members were on strike about.

As I suggested at the opening of this piece, the strikes at UK universities are about particular issues but they actually go well beyond those. The Covid-19 pandemic will further deepen the crisis of UK higher education, a report by London Economics for the UCU published on 23 April 2020 estimates a drop of 230,000 students entering higher education in September 2020. This drop will result in a £2.5 billion black hole in funding and without government intervention, an estimated 30,000 university jobs are at risk (UCU 2020). There are lessons to be learnt from the botched marketization of UK higher education. So when politicians in other countries that currently do not charge tuition fees for higher education time and again claim that the current fee-free system is untenable and things must move in the direction of commodification, they should be referred to the UK case as a cautionary tale. 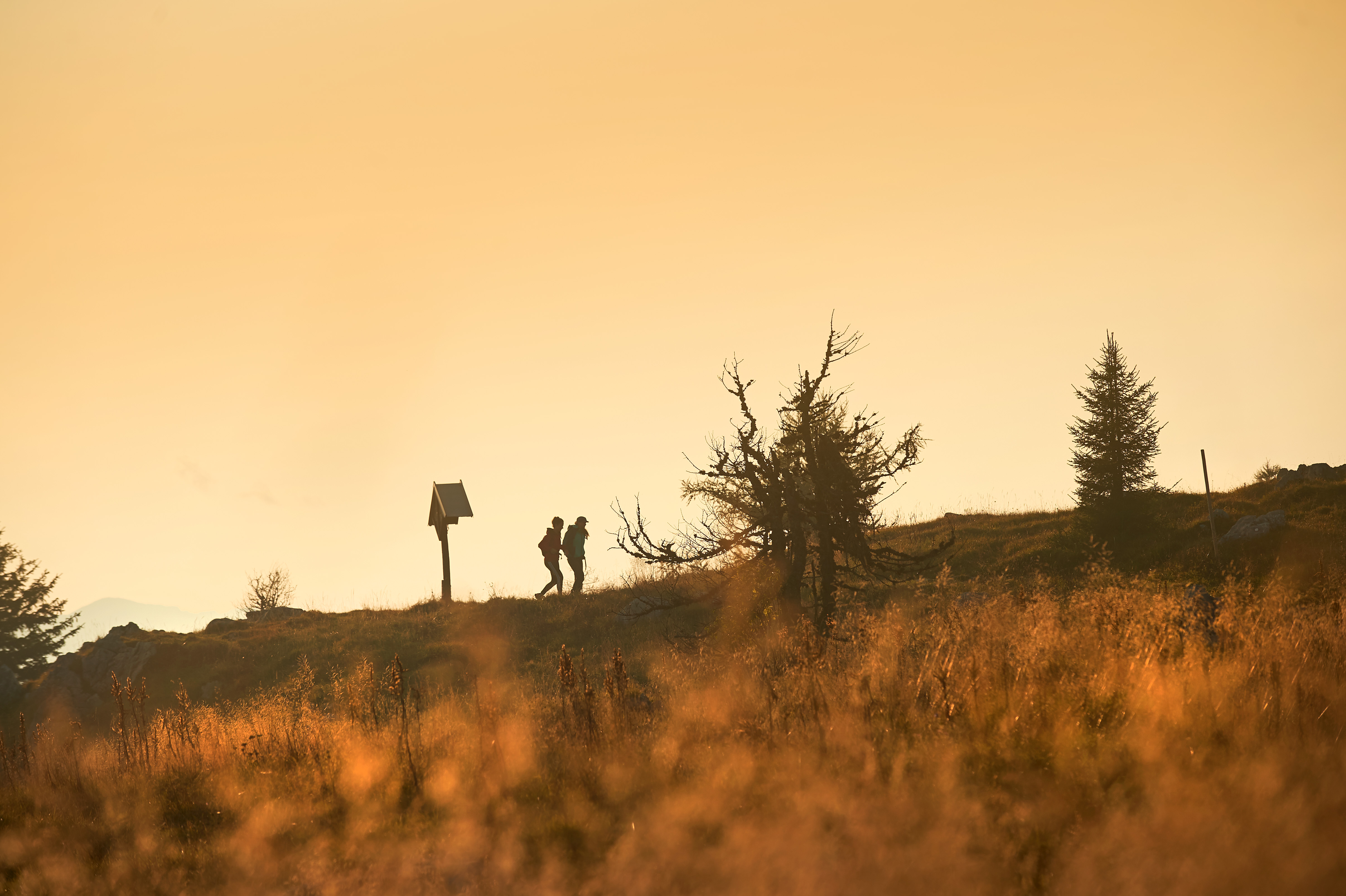 A Ship Lost at Sea: A Shipwreck Found 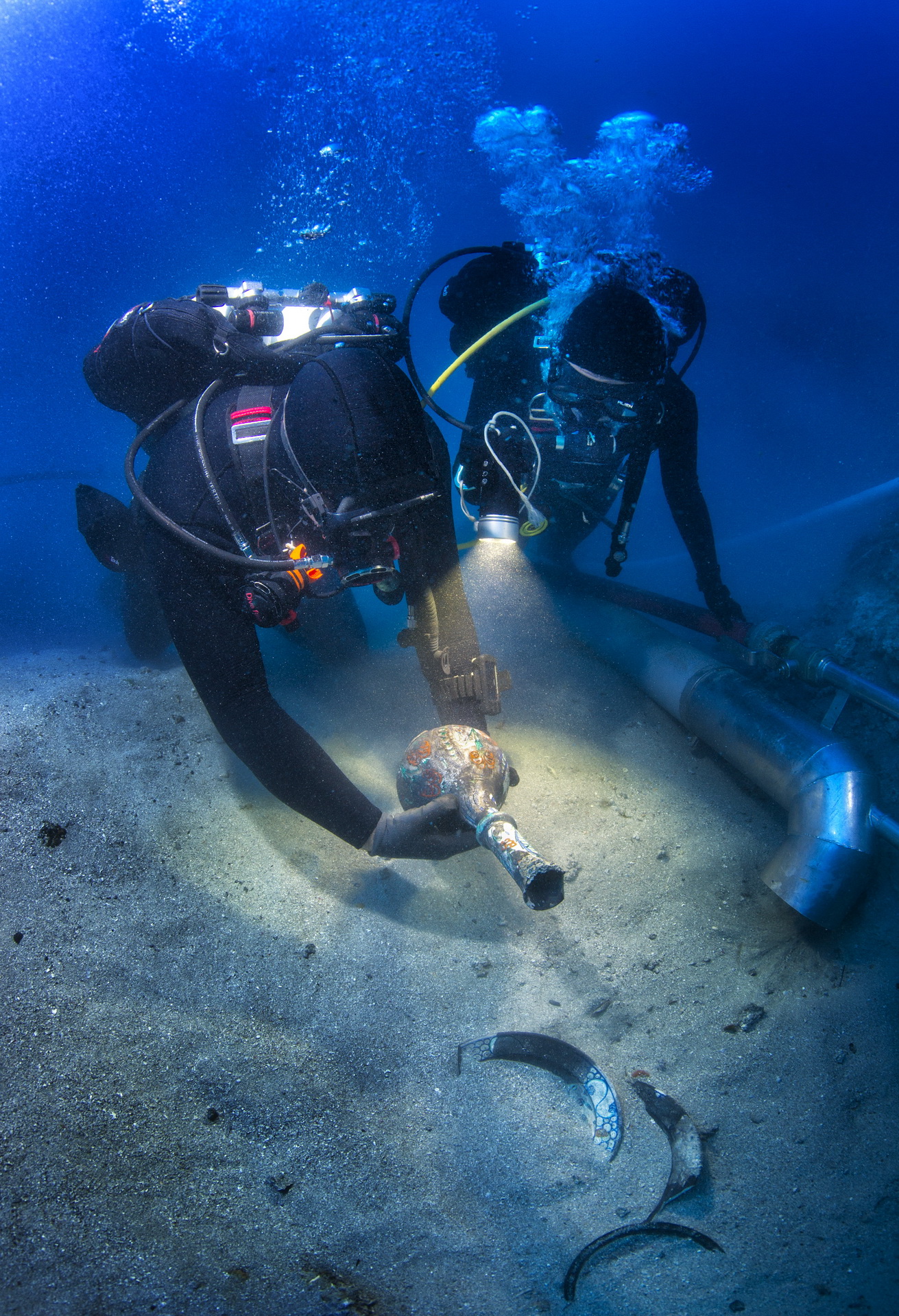 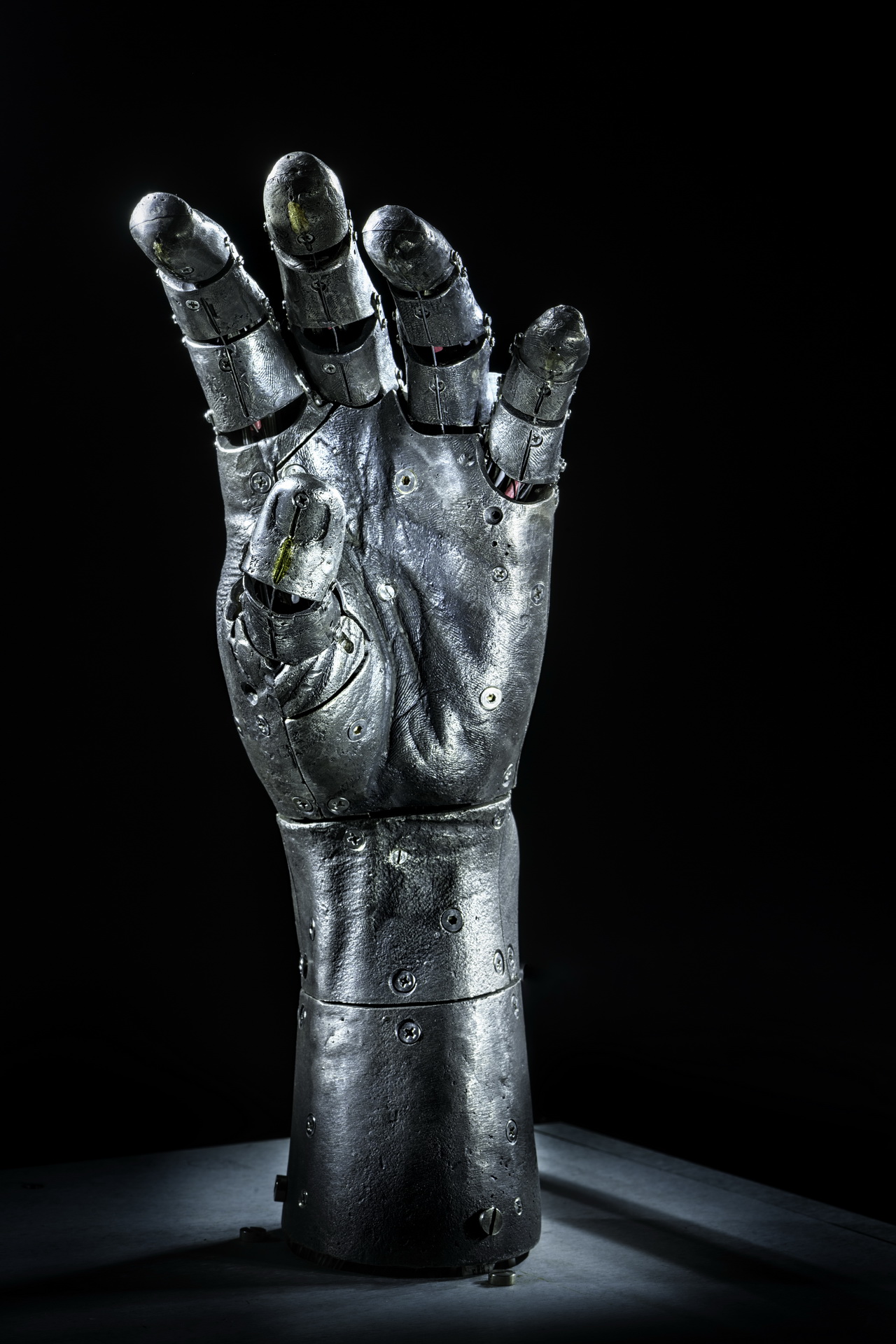