And also that every man should eat and drink and enjoy the good of all his labor. (Ecclesiastes 3:13)

Food matters above all because no one can live without it. Even those who have tried, for example, late medieval saints such as Catherine of Siena who ate little besides the Eucharistic wafer, testified to the tormenting importance of food. My concern in this article is that what people eat reflects their sense of who they are as well as the cultural meaning of food, ranging from preoccupation with health to the perceptions that other nations or classes eat differently.

Personal likes and dislikes as well as food fashions have had a tremendous impact on how the world is organized. Whims and preferences have unplanned global side effects. The exponential increase in demand for sugar in seventeenth-century Europe was fueled by the trend for adding it to coffee, tea, and chocolate, all new beverages at the time. This created the economic basis for the African slave trade, most of whose victims were put to work in the sugar plantations and refineries of the Caribbean islands or Brazil. Sugar cane, a notoriously difficult crop to harvest and process, is an extreme case, but transforming any element of the natural world into food has always been labor-intensive, until recently requiring the mobilization of at least ninety percent of the world's population to directly engage with cultivation, hunting, herding, and fishing, followed by processing and cooking. Today there is a stark contrast between the ease with which the affluent or even ordinary consumer buys food versus the often-hidden labor that is still required to deliver it. The average European supermarket has over twenty thousand separate items, most of the edible items involving considerable toil and suffering to produce. The true costs are unknown to the consumer because only a tiny percentage of the population in well-off countries is employed in agriculture, and the ones that are employed in those sectors (such as crop harvesting and meat processing) are generally marginalized immigrants or racial minorities.

Getting enough to eat has always been laborious, which is a fundamental point for departure for thoughtful consideration of the human condition. According to Judeo-Christian teachings, the Fall of Mankind is what made agricultural toil necessary in the first place. In John Milton's poem Paradise Lost, Adam and Eve had a carefree existence in the Garden of Eden. There was no need to worry about food getting cold on the table because their vegetarian diet did not involve cooking. In contrast, postlapsarian cultivation was exceedingly difficult, a tremendous amount of effort being needed to prepare and sow the fields, the harvest always threatened by droughts, floods, weeds, and insects. The Book of Genesis (3:17-19) is clear on this point: "…cursed is the ground for thy sake; in sorrow shalt thou eat of it all the days of thy life; Thorns also and thistles shall it bring forth to thee, and thou shalt eat the herb of the field; In the sweat of thy face shalt thou eat bread…"

Although cooking is not explicitly mentioned in the biblical account of the Fall, it too has historically been a tedious form of labor. Without indoor plumbing and the necessity of using open fires, it once took considerable time and effort just to prepare basic foodstuffs. Churning butter, grinding grain for bread, feeding and butchering pigs all took hours and hours to accomplish. Modern conveniences have alleviated these burdensome routines, but the effort has simply been outsourced to hidden harvesting, slaughtering, and processing operations that we no longer see.

But it's not all bad. Set against these unfortunate aspects of the human condition, food remains a source of delight, even a solace in difficult circumstances. In his recent book The Consolation of Food, the British chef Valentine Warner collects stories about culinary enjoyment mixed with grief. His recipes are accompanied by marvelous adventures about fishing or discovering a wonderful chef in Crete, but he also poignantly describes cooking veal escalope with Parma ham for his dying father who "smiled weakly and attempted to eat a few bites but could not finish it." The quotidian nature of eating is a source of tedium but also of enjoyment. The following is one of the aperçus and witticisms of the diplomat and resourceful political survivor Prince Talleyrand (1754–1838): "Show me another pleasure besides dinner that happens every day and lasts an hour." Not everyone is in a position to choose what to eat or able to relax comfortably while dining, let alone to extemporize in a learned and leisurely manner about gastronomy, but neither is the daily pleasure of sharing meals the unique privilege of the elite. People come together at meals, but food also serves to distinguish rich from poor, male from female, to separate individuals along lines of class and ethnicity. Reflecting on the significance of food in daily life is an exploration of social as well as nutritional reality. Food is vitally important to our memories. Most people retain exactly and fondly the delightful taste and ambience of meals past. Enjoyment endures in our minds as entrancing and comforting recollections.

Exile, migration, and confinement reinforce the symbolic significance of food. An agonizing example of the power of food and memory is a cookbook compiled by Jewish women imprisoned in the Theresienstadt concentration camp (in Terezín in what is now the Czech Republic) during World War Two. No one arrived at the camp with a collection of home recipes, nor would it have been possible to find or prepare the dishes remembered for the cookbook while in a situation of almost total starvation. As recounted in the book In Memory's Kitchen by Cara de Silva, the recipes were based on the women's recollection of the comforting, everyday food of home. These inmates were supposedly privileged (the Germans referred to them as Prominenten) and were kept at what was falsely presented to the world as a model Jewish settlement. Theresienstadt housed Jews of international reputation (among those who survived were the eminent German rabbi and scholar Leo Baeck, the Czech conductor Karl Ančeri, and the Austrian psychotherapist Viktor Frankl), but all the prisoners suffered deprivation, and many would be sent to their deaths at Auschwitz and other extermination sites on one of the endless trainloads of victims that choked the camps. In the face of attempts to obliterate and dehumanize, the Theresienstadt cookbook reaffirmed the Jewish women's identities and personal integrity. Recalling specific foods and how to prepare them constituted a form of psychological resistance and self-preservation. The cookbook is a harrowing document, epitomizing the significance of food for both cultural and biological survival.

Eating is a biological imperative, but what we eat depends on preferences dictated by society, not merely availability or the environment. Likes and dislikes, recipes and food experiences, form the subject of everyday conversation. People do not readily abandon the food habits that define them. The French historian of Catalonia Pierre Vilar described a Scandinavian cruise in the early 1950s during which he recognized a group of fellow passengers as Catalans, not just because of their language, but because of their scorn for the "Anglo-Saxon" breakfast provided. According to Vilar, it was in character with the Catalans' savoir faire and savoir vivre that they were able to convince the kitchen staff to improvise a version of the classic Catalan pa amb tomàquet – baguette grilled and then smeared with olive oil and tomatoes.

All societies make choices about what is edible and what is not. The classical Greek definition of a barbarian was a nomad speaking an incomprehensible language, but it also included the notion that such people were unfamiliar with cooking. So-called barbarians in turn disapproved of the food customs of supposedly civilized people. Fermented mare's milk is delicious to Central Asian herdsmen but foreign visitors usually find it nauseating. For their part, the herders find processed cows' milk tasteless. What "they" eat – those who are different from us, whoever they are – is opposed to what "we" prefer. Nationalist, anti-immigration demonstrators in northern Italy carries signs saying "polenta si, cous-cous no!" Polenta is a symbol of Lombardy, although maize, its primary ingredient, was unknown before European arrival in the New World and not adopted in Italy until the nineteenth century. Couscous is identified with North Africa, hence with poor immigrants, but it is also commonly eaten in Sicily.

And yet the food of others is often considered appealing. French cuisine was imitated throughout the world during the nineteenth and most of the twentieth century. Persian tastes and luxuries influenced the gastronomy of many realms and cultures from Hellenistic Greece to Mughal India. Some aspects of a foreign cuisine might be considered admirable and others off-putting. During the 1890s, there was a craze for Chinese restaurants in the United States, but newspapers popularized the belief that Chinese immigrants routinely ate rats and other vermin, and Chinese food was popularly associated with opium and the so-called white slave trade. Thus the Chinese were the first victims of anti-immigrant legislation even as their restaurants captured the nation.

Food differentiates populations according to national, racial and gender lines, but these are often permeable borders. The location of Slovenia as a meeting point of Latin-derived, Germanic and Slavic language and ethnic groups has meant the elaboration of several different culinary traditions in a relatively small space. In much of the world the overlapping of cooking styles is reflected in terms of race or perceived ethnic differences. Much of what is presented to the world as Indonesian food is derived from the Chinese population.  Recently the Indonesian government decided to replace nasi goreng – a kind of fried rice – as the national dish with rendang – a Sumatran beef dish – because the former was too Chinese or, in other words, not Indonesian enough. The United States continues to witness controversies over the nature of so-called Southern cuisine in terms of the influence of African Americans. So many staples of what is considered typical of American food – fried chicken, barbecued pork, gumbo (a soup or stew associated with Louisiana) –  turn out to be African or African-American inventions.

My original interest in food as a form of social history was stimulated by menus from the nineteenth-century United States that showed a gradual identification of food appealing to women. At some point between 1875 and 1900, it was decided that women's tastes diverged significantly from those of men. Women were supposed to prefer "light" items such as salads, sandwiches, and decorative food (colorful, with fruit or artificial gelatin in different flavors), and they were also imagined to be infatuated with elaborate sweet desserts, especially those incorporating ice cream. These are persistent stereotypes that have only changed with the current identification of chocolate as women's most passionately loved dessert item and vegetarianism as being typically female. An intriguing example of how food matters in microcosm is the trend in American cities for women to order steak when going out for the first time with a new male friend and possible partner. This is a way for the woman to signal to her date that not only is she unconcerned with vegetarianism, but that she has no intention of converting him to a healthier or ecologically more responsible diet.

Food is important for many reasons, from assuring a sustainable agricultural future to feeding the world, from globalization to cultural identity. However, as some of the small examples I have offered here show, it is in everyday attitudes and behavior that we demonstrate food's true cultural significance. 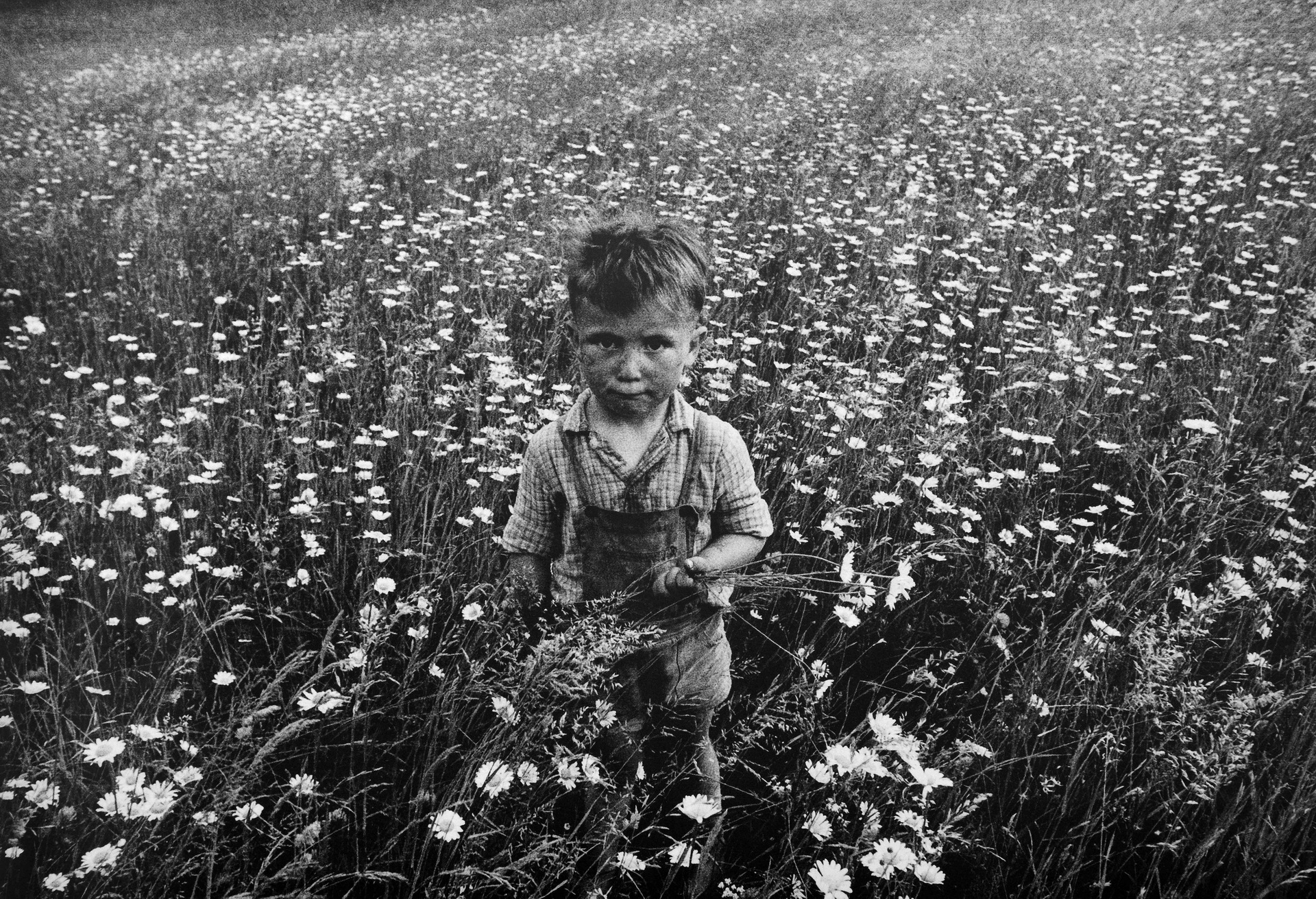 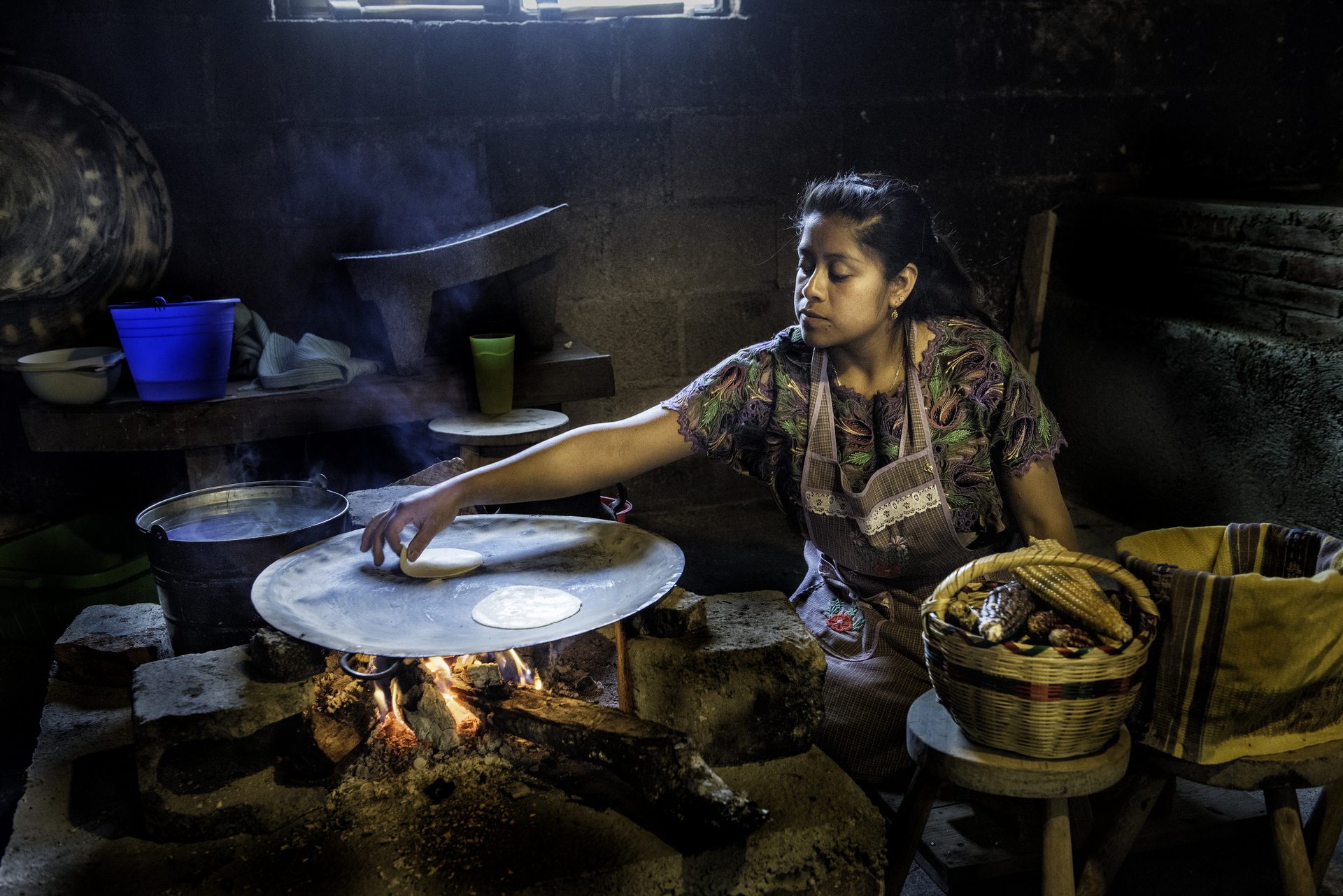 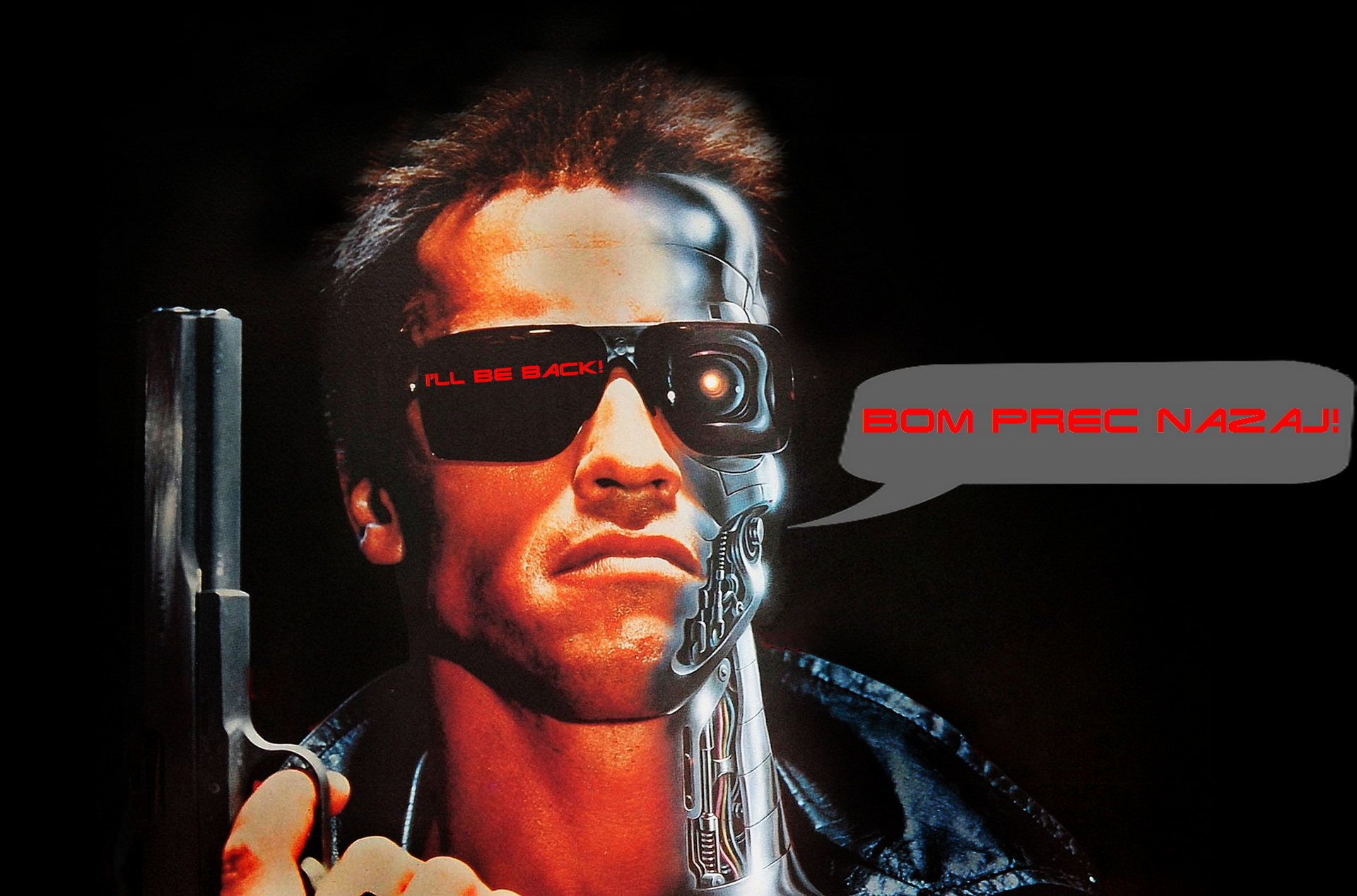