Narratives of Illness, Bereavement, and Pandemic

As I sat in lockdown during the months of March and April, I was inundated by narratives. Scouring the web each day, I read countless articles about the situation that has united nearly the whole world in the same timeless limbo – stories of noble sacrifice on the frontlines, of personal tragedy, of potential treatments and vaccines, stories about how to get back to the old normal, the new normal, the new, new normal – and I asked myself: what kind of narratives do we tell when we are ill, when we are dying, when we are mourning?

In 1995, the sociologist Arthur W. Frank published the book The Wounded Storyteller: Body, Illness & Ethics, a study of illness narratives. All illness narratives, Frank contends, are narratives of interruption: time is flowing normally, from past to present toward anticipated future, when there is a radical interruption. This interruption precipitates "narrative wreckage" and a shattered sense of temporality (Frank). Within this broad characterization, Frank defines three dominant storylines: restitution, chaos, and quest.

In the restitution narrative, health is considered to be the normal and neutral condition, and illness an aberration to it. The sole goal of the ill person is to be cured, to return to the state of health, and for normal chronology to be restored. The structure of this narrative is A-B-A, with A being health, and B being the aberration of illness. In the restitution narrative, the nature of suffering and mortality is transformed from mystery, which can only be confronted, into a puzzle that can be solved. The threat of mortality is broken into smaller units (medical tests, results, treatments), and by solving these discreet puzzles, mortality forestalled. Zygmunt Bauman calls this "deconstructing mortality". The restitution narrative is oriented toward the future, the present being illness/aberration, and the past, or genesis of the illness, rendered irrelevant because any future illnesses will be treated in the same way and mortality once again forestalled. The subject of the restitution narrative may be the protagonist of his own story, but he is a passive hero. He places his fate into the hands of the medical profession, often personified by the physician, who becomes the active hero of the narrative.

Frank believes the restitution narrative is the predominant illness narrative in contemporary secular society and places it squarely in the modernist (and scientific) cultural frame, but in fact this narrative has ancient roots. In the essay "Forms of Time and of the Chronotope in the Novel", M. M. Bakhtin, the 20th century Russian philosopher and literary theorist, described a literary form he called the Greek Romance. In the Greek Romance, boy meets girl, falls in love, and wants to marry; the lovers are then stymied by a series of obstacles; in the end, boy finally gets to marry girl. Like the restitution narrative, the Greek Romance is an A-B-A narrative. The untransformed protagonist in the Greek Romance is passive, being guided by external fate just as the ill person is guided by the medical expertise of the physician. Bakhtin describes the in-between phase as adventure-time. The series of random obstacles that appear in adventure-time could be likened to the gauntlet of tests and treatments the ill person must undergo.

Frank defines the second illness narrative as the chaos narrative, in some sense, a contradiction in terms because chaos is essentially anti-narrative. Chaos is mute, cannot be spoken, and once pressed into narrative, is already being neutralized. Frank names Holocaust stories as examples of chaos narratives: "what cannot be avoided in stories about the Holocaust is the hole in the narrative that cannot be filled". In terms of temporality, the chaos narrative is pure present tense, the past and future having fallen away. Chronology no longer exists; the protagonist has been subsumed by the interrupting event.

Perhaps because chaos is anti-narrative, we find no plot structure in Bakhtin's chronotopes that directly corresponds to it. The chaos narrative could be related to the B-phase of the restitution narrative, to Bakhtin's concept of adventure-time where chronology is suspended, or, in anthropological terms, to the liminal phase of the rite of passage, where the protagonist is invisible to society – society having difficulty perceiving chaos, always trying to steer it toward restitution. More interestingly, the chaos narrative finds a mirror reflection in Bakhtin's chronotope of the idyllic model of the novel. In the idyll – whether love, pastoral, or family – a special relation between time and space exists, a fusing of life and events onto a single familiar place that has little connection to the outside world. Time and place are thus reduced in the idyll to an immanent unity: pure immediacy. Folkloric or cyclical time is restored (Bakhtin). Nothing else, nothing outside, matters or exists. Although the content and tone of the idyll is the opposite of chaos, their form is virtually identical.

The third and last of Frank's narrative structures is the quest narrative in which the ill person confronts suffering, and the encounter triggers a spiritual journey. In this narrative, the protagonist is active, but his heroism is not the physician's task of defeating illness, rather it is the path through agony toward the reinvention of self. The quest narrative does not tell the whole biographical life but culls the essence of the life from the encounter with illness recast as challenge rather than interruption. Frank draws on Joseph Campbell and his classic work The Hero with a Thousand Faces to break the quest narrative into departure (the call or the appearance of symptoms), initiation (the journey), and return (the protagonist no longer ill but marked by illness). The quest narrative is thus a tale of metamorphosis, the structure no longer being A-B-A as in the restitution narrative or the Greek Romance, or only B as in the chaos narrative, but rather A-B-C or A-B-A(1). In terms of temporality, time becomes consequential again, leaving an irradicable mark on the protagonist in the form of his transformation.

How, we might ask, do narratives of illness connect to narratives of bereavement? What do they have in common and how do they differ? The most important shared quality of the two is that they are both narratives of interruption, as are all narratives recounting trauma. Normal chronology is disrupted, the familiar roadways on the map of life scrambled, destinations obliterated. In contemporary society, grief has been increasingly pathologized. In the American psychiatric profession, it is now considered a form of major depression to be treated by psychotherapists, sufferers often advised to take anti-depressant medications to alleviate its symptoms. Thus the griever is equated with the ill person, the primary goal of whom, according to the restitution narrative, is to be cured.

I cannot help but be struck by the uncanny parallels between individual and collective illness, and what our relationship is, in the throes of the global COVID-19 pandemic, to the three illness narratives defined above. For the past few months, with most of the world in some sort of lockdown, we have been collectively located in the chaos narrative, the B-phase, adventure-time, normal chronology suspended, our lives reduced to the present tense, both the past and anticipated future having fallen away. And yet, if we are fortunate enough not to have already been derailed by illness, grief, or economic despair, we live in a strange sort of idyll, the events of our lives reduced to a narrow cyclical chronology, morning to evening, meal to meal, one undifferentiated day following the next. We draw sustenance from nature, the sky cleared of pollution and airplanes. Amidst the unity of family and home, we shelter in our limited place and time.

In this condition we read the media each day in an effort to understand what is happening to us and restore some sense of chronology to our lives, and there we encounter repeating iterations of the other two types of illness narratives defined by Frank: restitution and quest. Donald Trump made the following statement in one of his press conferences: "I wish we could have our old life back. We had the greatest economy we ever had, and we didn’t have death." As much as many of us hold him in contempt, there is a little bit of Donald Trump in each of us as he articulates this cri du coeur for the restitution narrative. We all collectively attempt to deconstruct the mortality that has suddenly become so visible and undeniable by breaking it down into smaller puzzles – testing, treatment, vaccine, social distancing, masks or no masks, mechanisms of exiting lockdown. When and if these puzzles are solved, the presumption is that we will be allowed to get back to the normal condition of health and put the aberration of illness behind us, beating mortality back once again. This narrative is directed entirely toward the future: toward getting back to normal, back to A.

Alternatively, we encounter quest narratives in various editorials and opinion pieces urging us to make use of this collective illness as an opportunity to transform the world and the human condition. In these narratives, the pandemic is presented as a journey through suffering that will lead to collective transformation, metamorphosis, and possibly redemption. We are urged to look toward the past, toward the genesis of the illness, and ask ourselves how did this happen, how can it be prevented in the future. We are called to become more active heroes in this grand narrative, this collective trauma that has engulfed us, to not leave our future exclusively in the hands of science and other forms of external fate, but to take control of it ourselves. 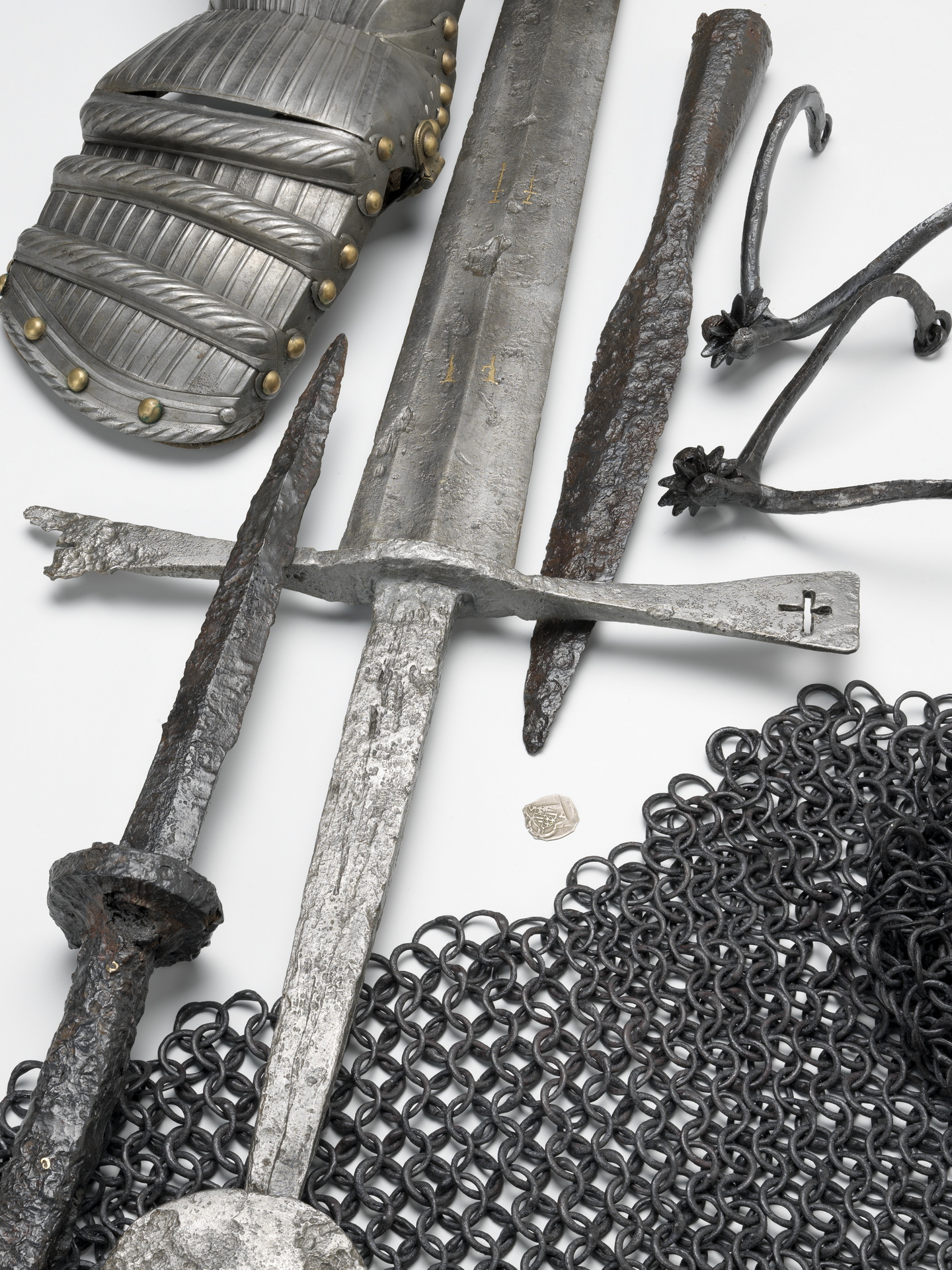 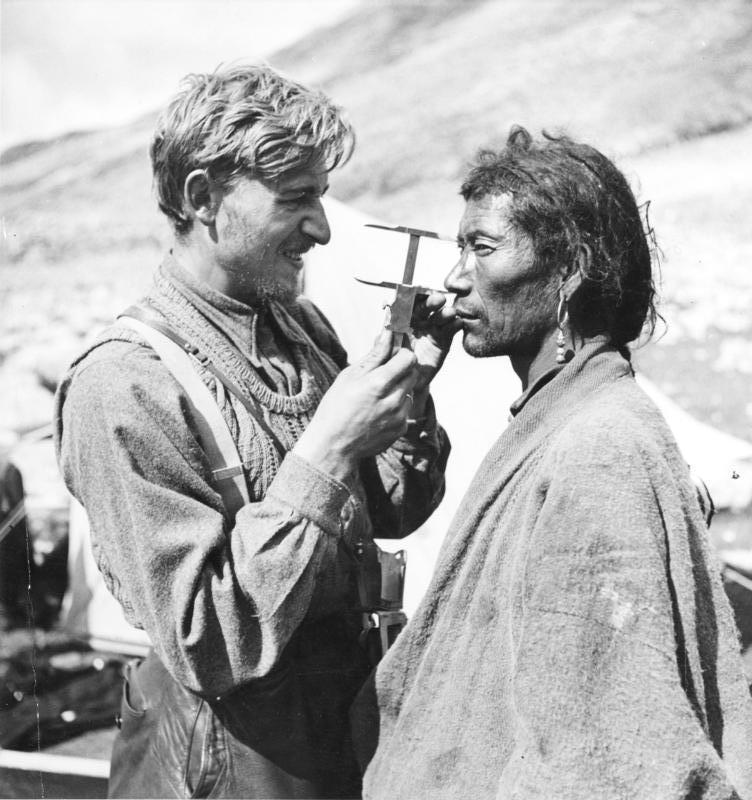 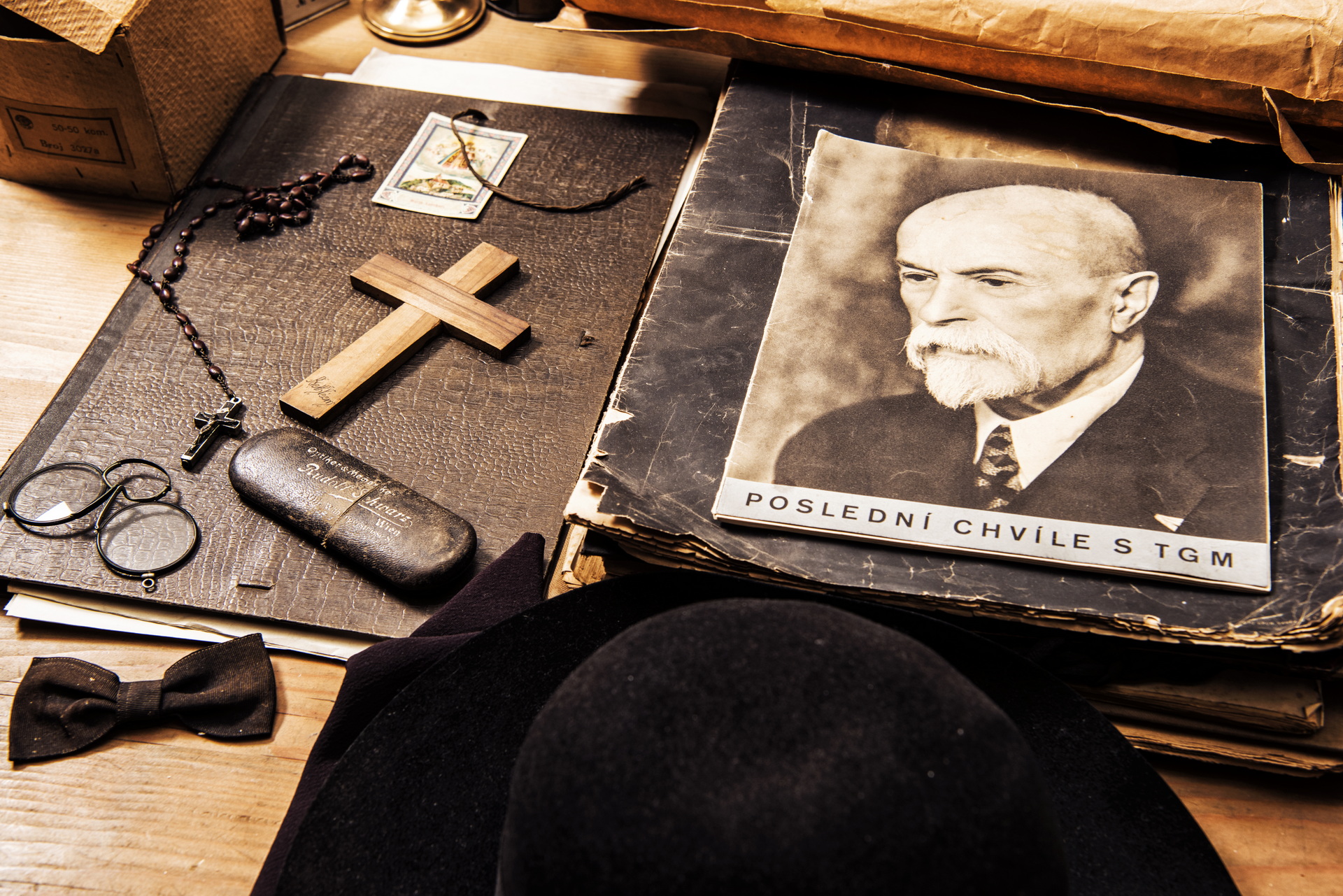 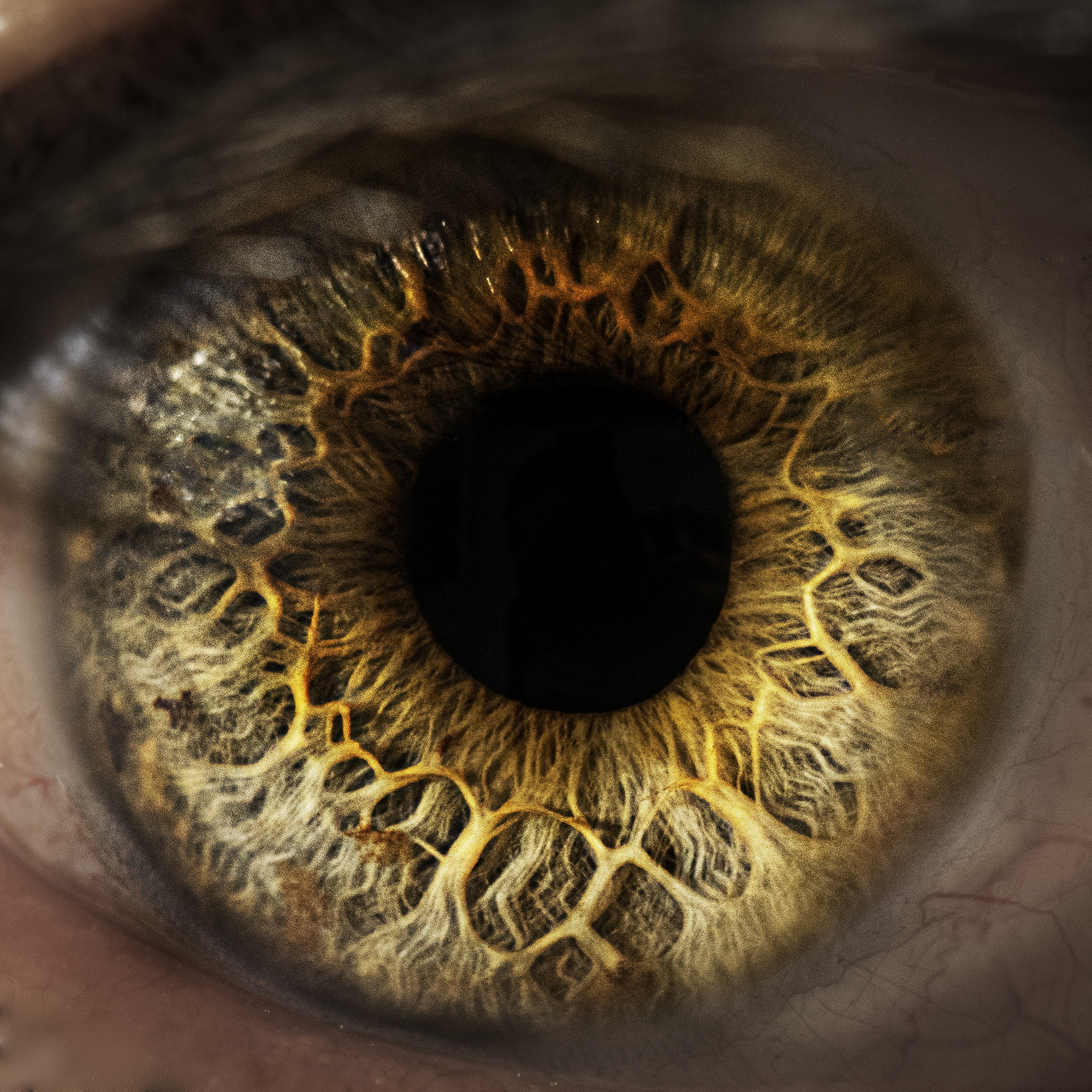