How familiar is the following scenario? Someone we know swabs their cheek, sends the sample into a data collection company posing as a DNA research institute, and receives a "genetic profile" within three to six weeks. Upon receiving the results, the person exclaims: "Oh boy! I got my test results back. It shows my identity and heritage. Look, it says I am ninety percent Italian and ten percent Native American. Well, that explains my deep harmony with nature, but... wait... pizza gives me heartburn." Such an event may seem absurd, and yet the popular attitudes it reveals mirror other changes that have critically affected the fields of archaeology and genetics, and deserve further consideration. Moreover, it shows how the introduction of a new technology can run wild in our imagination to the point where we view it as a remedy for life's difficult challenges, and, in particular, as a response to the vexing question: "Where do we come from?"

The idea that identity is based primarily on genetics has not always been as widespread as it is today. Indeed, as recently as two decades ago, the general consensus was that identity was a social construct independent of biology. Yet, with the sequencing of the human genome in 2001, biology triumphantly returned to the fore. In addition to revolutionizing biology and medicine, genetics has also had a profound effect on social sciences. There has been a resurgence in thinking that biology alone may determine identity, which harkens back to the outdated popular notion that simple biological solutions exist for even the most complex social problems. As an example of this, an intentionally unscientific misinterpretation of genetics reflecting this general idea is presented in the case study below.

Disputing hard data is often difficult as anyone may simply point to the numbers and say: "They don’t lie." When trying to make an argument about the nature of social entanglement, we are always at a disadvantage when we are unable to provide the numbers. The hard data concerning us and our origins as a species are the genetically distinguishable clusters to which we do, in fact, belong. Yet academia has shown a distinct tendency to accept these clusters as "objective" in comparison to the fuzzy logic of social sciences that are perceived to be "soft". To make matters worse, despite much talk of interdisciplinarity, not every expert is an omnivore in all fields. Social scientists may not have the formal training to challenge biological epistemology; likewise, biologists may not have the rich experience and background to find flaws in the argumentation social scientists apply to the rich tapestry of human history.

Nevertheless, genetic analysis has made some real breakthroughs that offer glimpses into the past, such as helping us to track the global migration of our species based on a large-scale genomic dataset, and providing evidence for and against long-standing theories. Information on the genetic structure of nuclear DNA and mtDNA has its use in reconstructing genetic lineages and biological kinship. What must be remembered, though, is that this data is merely evidence that points in certain directions. Sociological, anthropological, and archaeological backdrops are always required to give context to the hard data. Otherwise, what emerges is a genetic black-boxing applied to the construction of social identity similar to the definition of race or ethnicity based predominantly on DNA analysis (Brubaker 2015).

At the heart of this optimistic view on changes in archaeology is Kristian Kristiansen, a well-known and respected European archaeologist, who defined a new state of archaeology through the application of hard sciences (including the field of archaeogenetics) as the third scientific revolution in archaeology (Kristiansen 2014). While archaeology has indeed entered a new state, in the sense of falling into a new paradigm that incorporates hard biological data, it has also become overly exposed to market-economy forces. As is clear when examining the relationship between the hard sciences, social sciences, and humanities, theoretical grounds inherited from existing positivist and post-positivist tendencies have led to the dominant role of positivistic and evidence-based approaches.

The new scientific revolution in archaeology has shed some slivers of light into the dark and unknown prehistory of humanity. Much is now known about the lineages of dogs (Bergström et al. 2020), the migration of sheep from the Near East in the Neolithic (Rannamäe et al. 2016) and the human genomic variation (Chen et al. 2020). Yet, this evidence only supports existing research that has already been conducted using standard archaeological approaches.

Kristiansen points out that recent advances have the potential to significantly improve the field of archaeology, mostly due to technological capabilities that the discipline did not have even ten years ago. He notes that today's research based on ancient DNA can lead us much further than mtDNA analyses. Now it is possible to track haplogroups and speak about genetic diversity from prehistory to the present day. In addition, various isotope analyses of human remains, as well as the osteological remains of other animals, help in the reconstruction of mobility and diet. According to Kristiansen, the accumulative effect of these developments can only be compared in terms of their impact on the field of archaeology with the introduction of radiocarbon dating in the mid-twentieth century (Kristiansen 2014).

Which brings us to today when the archaeological community is undergoing a phase of theoretical and methodological reorientation and experimentation. The current buzz words are: mobility, migration, war, comparative analysis, evolution and "grand narratives". Accompanied by the popularity of ecological themes in anthropology, a reshaping of archaeological knowledge is underway.

Of course, the application of genetics or isotope analysis pairs well with the social reconstruction of past events provided through years of painstaking research and excavation, but only as supporting evidence to limited, specific questions. As with everything else, there is no one skeleton key that opens all doors into the past. Indeed, while scientific breakthroughs always contribute new evidence, they also run the risk of being embraced as a panacea. By extensively adopting these innovative technologies, archaeologists run the risk of viewing the past only through them, and these measurable scientific technique tend to discard the inherent ambiguity of social theory. Despite the positive effects of archaeological epistemologies that acquire perspectives from both social and hard sciences, epistemological misunderstandings have also emerged from their integration.

The Misapplication and Misappropriation of DNA Research

What happens when the integration of new scientific techniques goes awry? Then we stumble from real science into the realm of feel-good pseudoscience. To illustrate, let's return to the currently trendy middle zone of researching ethnic origins based on the DNA analysis of human remains. This technique has found a safe space located in the limbo between established fact and what can be known conclusively through the use of applied genetics.

Then someone like Anatole Klyosov enters the mix. Klyosov is a Russian-born scientist, specializing in physical chemistry and industrial biochemistry, who started working in the U.S. in 1990. In 2008 he became interested in ancient DNA, and this interest led to his being accused of generating and supporting pseudoscience as a method of advocating pro-Slavic racial ideas (McMahon 2020). Klyosov goes so far as to suggest that "hard science" can entirely replace archaeology as a means of uncovering the past, and recommends "DNA-genealogy" to track markers in DNA helixes through haplotypes and haplogroups. He claims that these haplotypes "cannot be assimilated" and mark "genetic" ethnicity. In particular, he has dedicated his work to identifying the R1a1 haplogroup of the Y chromosome, having pulled this out of a hat as the true "Slavic" marker, and makes use of highly technical scientific arguments derived from comparable biological facts in order to conceal the completely unscientific nature of his work (Klyosov 2013).

Although there is no science supporting Klyosov's work, he continues to equate differences between biologically determined populations and socially-determined groups. He regards them as comparable and mutually dependent on one another: this is the false foundation upon which he builds his work. In addition, returning to abandoned, outdated, and disproven ideas of racial science, his work is an oversimplification. Klyosov's bad science stems from his confusion over the term "ethnicity", which he understands as an expression of race, and race itself as collective biological kinship. But culture has no DNA of its own. Biological population and social identity cannot be equated because they are two different phenomena (McMahon 2020). What's more, Klyosov's pseudoscience horrifyingly implies that a culture can only be destroyed through the complete elimination of its genes, an argument that is rendered baseless and senseless through simple counter-argumentation. The disappearance of ethnic identity does need not imply biological extermination or vice versa.

We need not go very far into the past to illustrate this point. Not long ago, many people declared themselves to be Yugoslavs, a group which ceased to exist in the 1990s. Yugoslavs became Serbs, Croats, Slovenians, Bosnians, and Albanians (among other ethnicities), although the double helix of their DNA did not change when their ethnicity did. Of course, Klyosov would argue that these ethnicities had already existed, but how can an individual possessing the same genetics have a different ethnic identity before and after the collapse of Yugoslavia? If the Yugoslav case is too recent, we could just as well ask what happened to the biological heritage of the Burgundians? Burgundy came into existence in the early Middle Ages on the foundations of the demolished Roman Empire, their distinct and impressive culture enduring for centuries. The descendants of the population of Burgundy did not lose their genes with the disappearance of a distinct Burgundian identity, and yet no nationalistic questions have ever been posed about haplotypes and the Burgundians. It bears no political significance because the Burgundians are not a political group claiming a distinct collective identity.

While we may pose questions about the past of our own ethnic identities, we tacitly exclude inconveniently forgotten, non-existing social identities from the equation. Here we once again discern the fundamental flaw in Klyosov's elision of social and biological phenomena. This approach also plays with fire. The question of cultural and ethnic identity acquires great significance for societies in flux. Insecurity about national or ethnic identity, as well as widespread "armchair" expertise, leaves a gullible public prone to following certain pseudo-archaeological conclusions that assure them of who they are; i.e. "It is in our DNA." Pseudoscience therefore holds an important place in popular dialogues and now on social media. In short, thanks to recent scientific achievements, we may know more about our DNA, but in the ongoing search for ancient origins and answering the questions – "Who am I?" and "Who are we?" – we may have forgotten the limitations of what can be known based on evidence.

Adherents of true science should be aware of the limitations of DNA analysis as well as the dangers of its misapplication. Certainly, DNA analysis is valuable. The methodology of genetic research has made enormous progress and can show shared biological origins and differences on the level of individuals. However, it needs to be emphasized that such analysis is sometimes used to pursue nefarious goals that have nothing to do with actual science.

What is needed is more cautious thinking about integrational approaches in all sciences. Peter Kosso has pointed out the unique nature of archaeological epistemology because it unites several epistemological layers (from hard to social science). Archaeology, therefore, must not fall into the trap of theoretical naiveté, namely the belief that "the data speak for itself". The archaeological records we observe and the material we discover do not exist independently of the theoretical perspectives we use to make any other scientific inquiry. The relationship between the archaeological record and theory is a two-way street: archaeological records question and test theoretical explanations, while theory determines what questions to ask and the data to be gathered (Kosso 2006). Integration is not automatic, but must be deliberately built and designed. 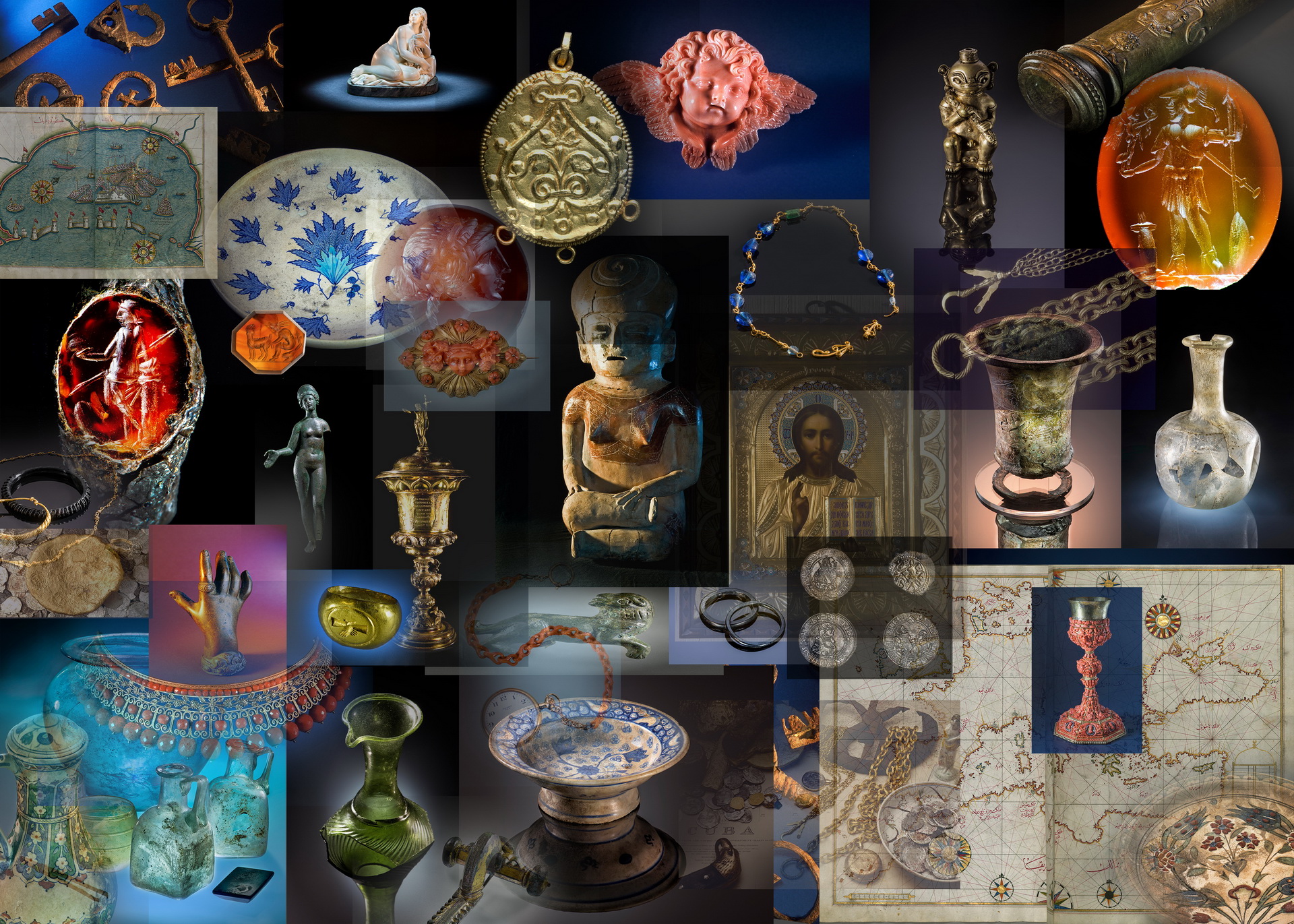 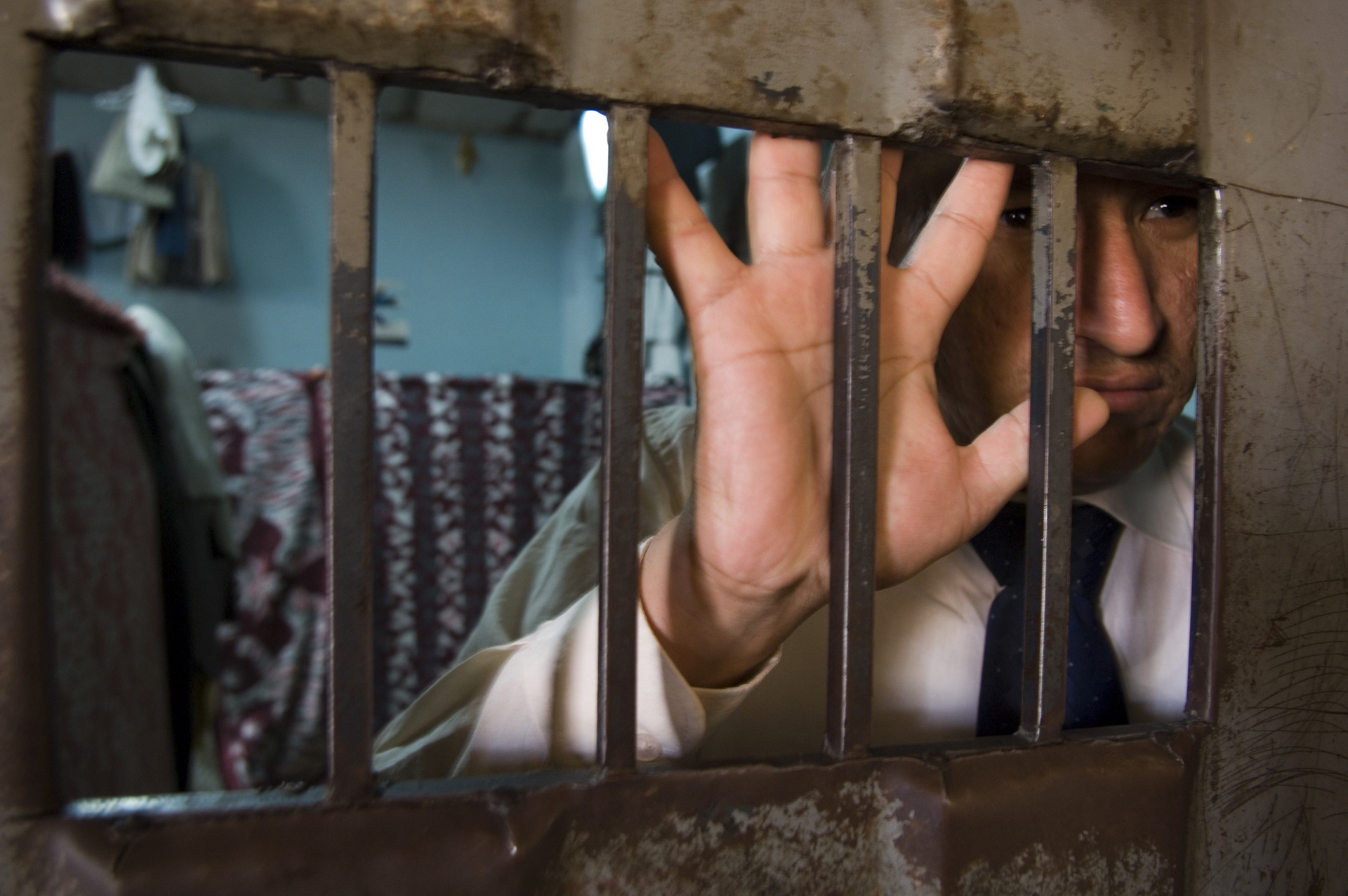 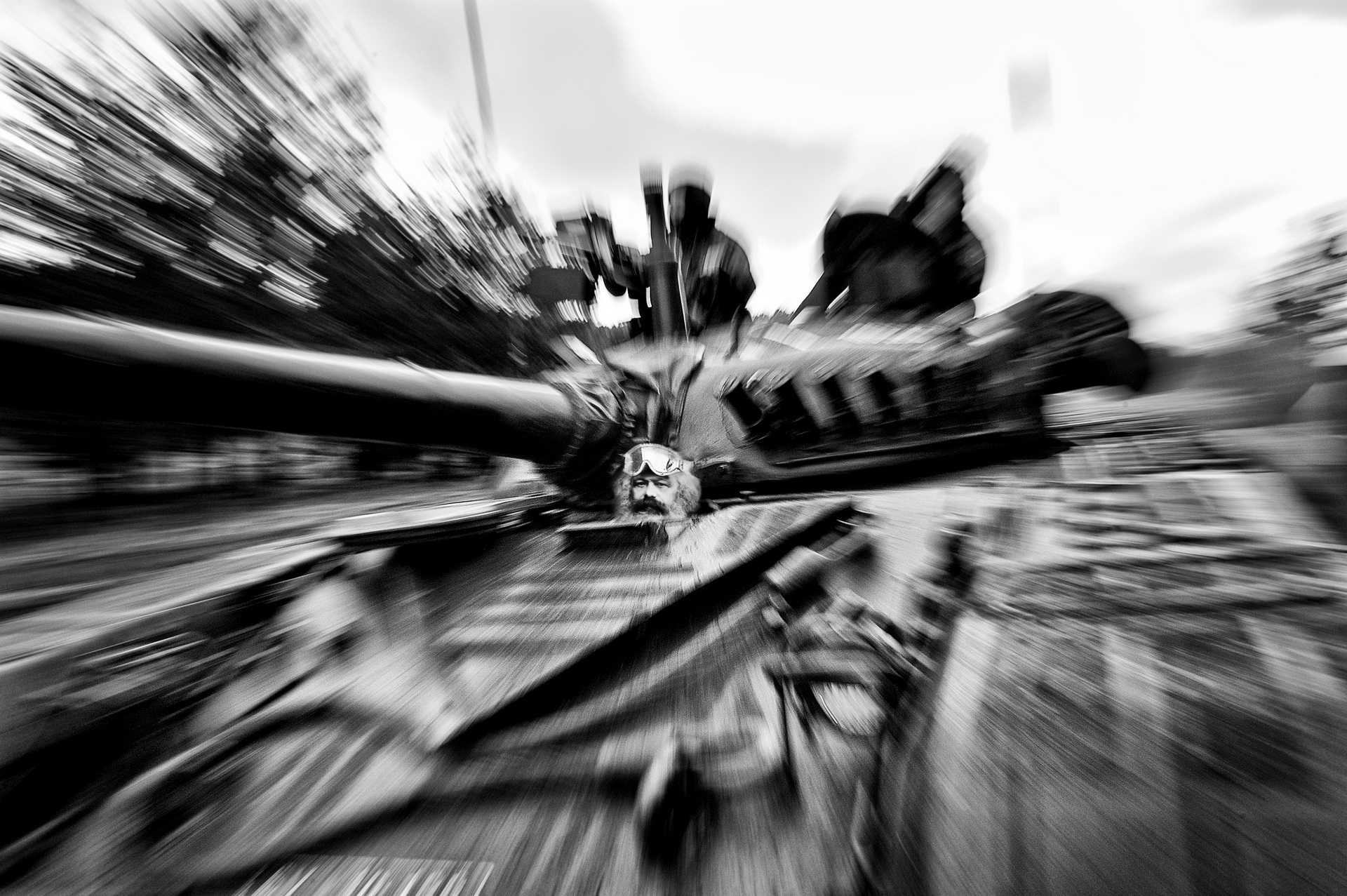 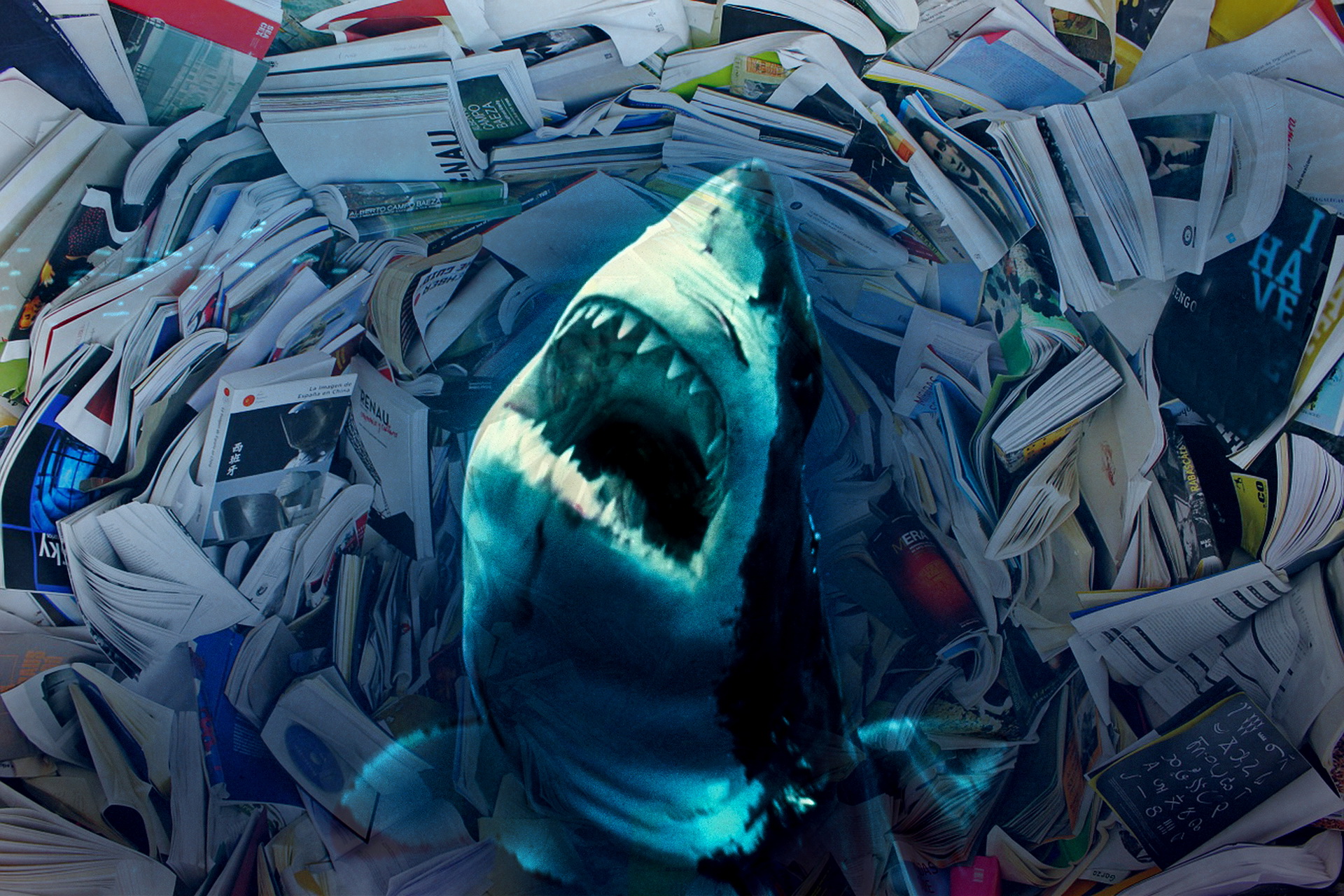