Academic freedom is a concept we often hear about. We claim its universality yet the shared meaning of it escapes us. This is one of the main reasons for the establishment of the Open Society University Network (OSUN) Global Observatory on Academic Freedom (GOAF) at the Central European University (CEU) in Vienna. Its mandate is to conduct rigorous, innovative, and relevant research with a view to addressing the need to rethink the concept and practice of academic freedom, both of which are in crisis throughout the world today. Indeed, recent developments in politics and higher education increasingly make apparent the need for a reconceptualization of academic freedom. CEU itself became a cause célèbre in the fight for academic freedom in the Global North after the 2017 adoption of the infamous Lex CEU in Hungary which, following the campaign of Viktor Orban's illiberal government against George Soros, founder of CEU, resulted in the university being expelled from Hungary and its subsequent relocation to Austria. Long before this event, CEU's transnational institutional and pedagogic model had attracted much attention in Central and Eastern Europe, larger Europe and the world, in part because it asserted a new understanding and practice of academic freedom, with a unique focus on its transnational and international aspects.

What is academic freedom?

Academic freedom is critical to the pursuit of truth and the creation and the advancement of knowledge as a public good, and it is in crisis today. We witness the deterioration of academic freedom throughout the world, and we note that its deterioration is being accelerated by a range of different global crises: the Covid-19 pandemic, the aggression of the Russian Federation in the Republic of Ukraine, and, more generally, the trend of neo-liberalization in higher education since the 1980s.

The concept of academic freedom, which many shy away from defining, is most often taken for granted and perceived as self-explanatory. We sometimes understand it as a universal human right, sometimes as a professional standard, and sometimes merely as the wishful thinking of elite academic communities. Each of these perspectives contains a grain of truth that helps us to understand academic freedom. Academic freedom is indeed a fundamental right of sorts, grounded in the right to education, and sharing elements with freedom of thought, opinion, and expression. However, it is also limited by scientific and professional standards, respect for the rights of others, ethical conduct, and the awareness of the impact of research on human beings and their environment. In 1993, during his opening address to the World Conference on Human Rights in Vienna (the city that many years later would provide refuge to CEU after its expulsion from Hungary), Boutros Boutros-Ghali, the then Secretary General of the United Nations, reminded us that: "Human rights are both absolute and historically defined."

In the Rome Ministerial Communiqué adopted in 2020, academic freedom was defined as "the freedom of academic staff and students to engage in research, teaching, learning, and communication in and with society without interference or fear of reprisal." The European Union Charter of Fundamental Rights protects the freedom of scientific research and demands respect for academic freedom. The European Higher Education Area (EHEA) directs attention to the fundamental values of higher education in order to create an environment in which academic freedom is advanced.

In the effort to arrive at a new global reconceptualization of academic freedom, one question, out of many, arises. As Boutros-Ghali noted, academic freedom is both universal and historically defined, but it is also socially defined.

Therefore: who are the subjects of academic freedom? Is academic freedom a right that only adheres to affiliated scholars, or does it also adhere to lecturers, adjunct staff, contractual staff, independent researchers, and, last but certainly not least, to students? In comment 6 of the American Association of University Professors' 1940 Statement of Principles on Academic Freedom and Tenure, with 1970 Interpretive Comments, it is clearly stated that: "Both the protection of academic freedom and the requirements of academic responsibility apply not only to the full-time probationary and the tenured teacher, but also to all others, such as part-time faculty and teaching assistants, who exercise teaching responsibilities." The 1997 UNESCO Recommendation concerning the Status of Higher-Education Teaching Personnel covers all higher education teaching and research personnel, defining them as: "all those persons in institutions or programmes of higher education who are engaged to teach and/or to undertake scholarship and/or to undertake research and/or to provide educational services to students or to the community at large." The reality of working conditions of scholars in the twenty-first century demands that we place greater emphasis on the importance of the economic aspect of academic freedom and the necessity to monitor the working conditions of non-tenured academic staff, researchers, and unaffiliated scholars who might be in need of additional protection mechanisms. The same applies to students.

To what extent epistemic injustice?

Understanding epistemic positioning is crucial to understanding the conscious and unconscious biases that determine the level and sometimes lack of support for cases involving infringements on academic freedom within both the academic community and society. The epistemic positioning of scholars exercising their right to academic freedom reveals the diminishing "value of knowledge produced by certain speakers" (Baćević 2021). As Jana Baćević suggests in her work, judgements of trustworthiness influence not only hiring, promotion, and evaluation procedures, but also the overall quest for knowledge within academia.

Epistemic positioning influences how the right to academic freedom is exercised by scholars both inside and outside of academia. Scholars who are marginalized, either because of an economic situation dictated by their non-tenured working conditions or their positionality (resulting from gender, ethnicity, citizenship status, language skills, etc.), are often not considered worthy in the social and institutional struggle for academic freedom. The socially situated theory of worthiness leads to the concept of epistemic injustice. Whether testimonial (meaning the excess or lack of credibility due to an identity prejudice) or hermeneutical (meaning the lack of social understanding), epistemic injustice leads to epistemic dysfunction and the undermining or loss of knowledge and critical ideas. As Miranda Fricker (2007) correctly points out, epistemic injustices influence the loss of knowledge as well as the courage and confidence of scholars, leading to a diminished space of academic freedom for undermined scholars.

The diminishment of academic freedom for epistemic subjects who suffer from epistemic or academic injustice is reflected in various practices. In the legislative and regulatory framework, their epistemic positioning as producers of knowledge is not recognized, which, for example, is often the case with non-affiliated scholars. They also might experience a lack of institutional support in cases where the academic freedom of  such epistemic subjects is infringed. The societal readiness for widespread support might be lacking, and the epistemic subjects may be silenced by the academic community or engage in self-censorship practices as a result of ongoing epistemic injustice.

Without academic freedom, there can be no university. As Harry Kalven noted in the 1967 Report on the University's Role in Political and Social Action, academic freedom serves the ideal of bringing the knowledge of humanity forward, and this freedom must be vigorously safeguarded and defended: "In brief, a good university, like Socrates, will be upsetting." Upsetting our own epistemic systems of evaluating colleagues as well as rooting out academic injustice when it occurs remain crucial in the quest to protect the universal value of academic freedom. 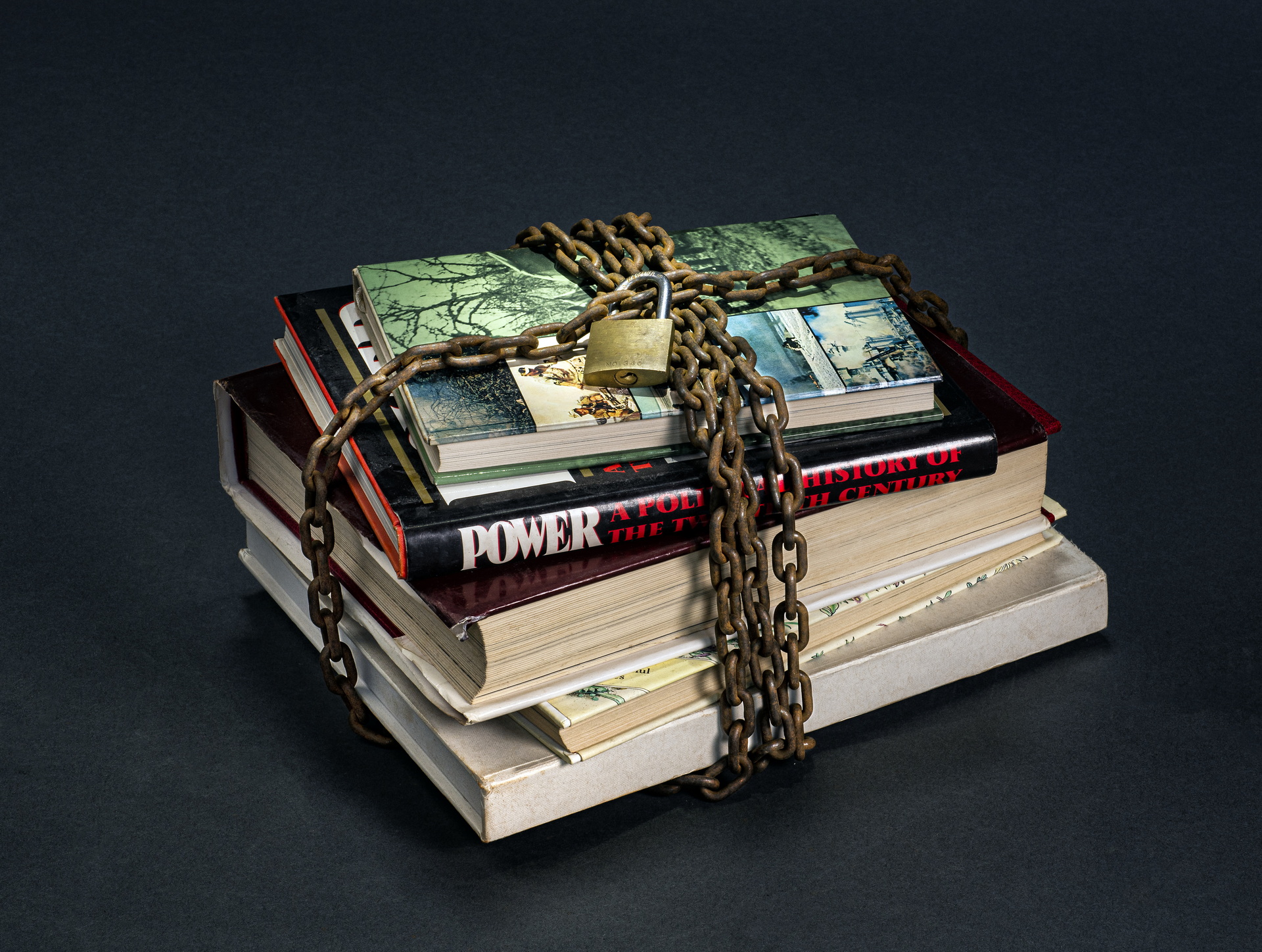 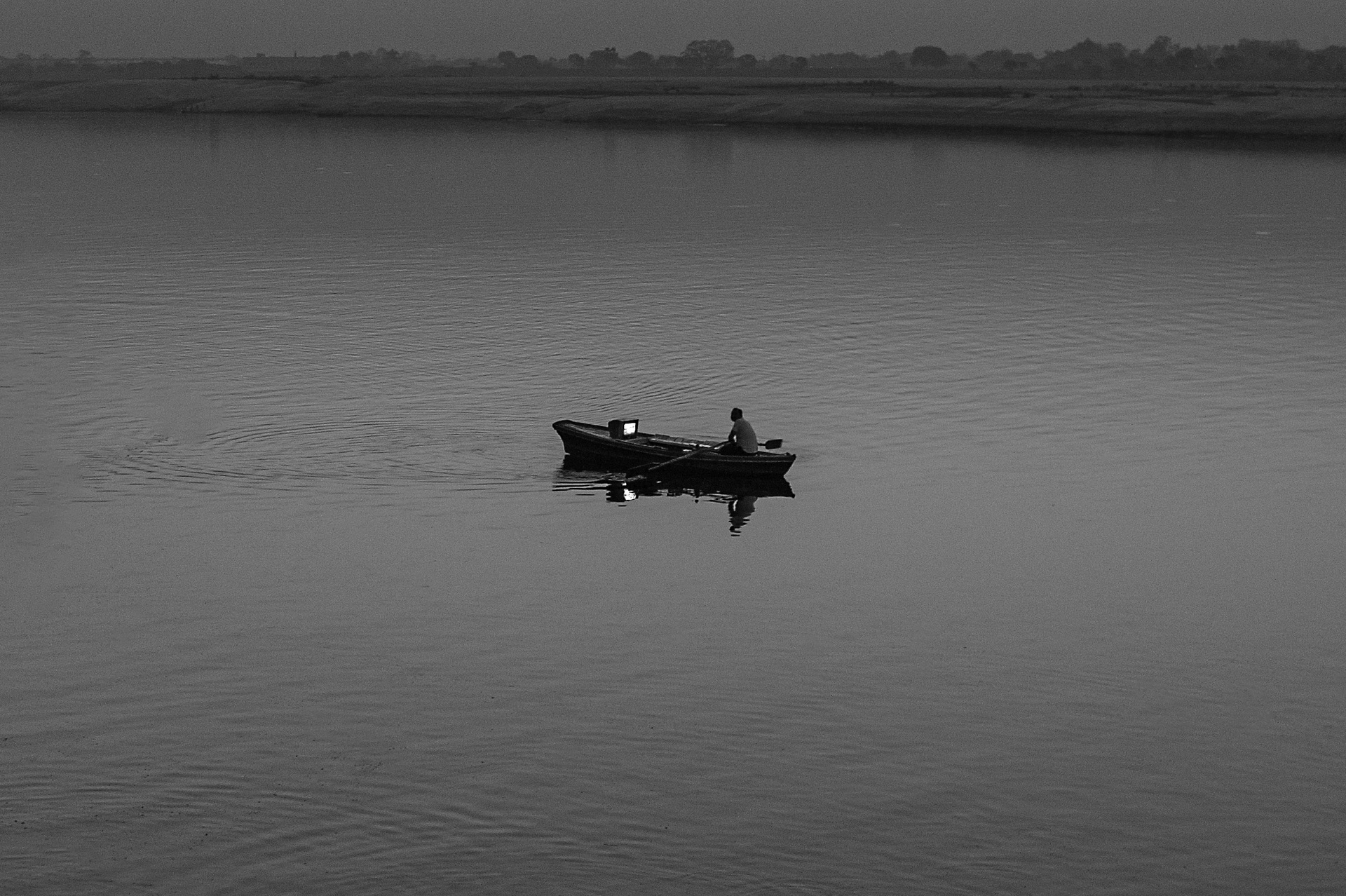 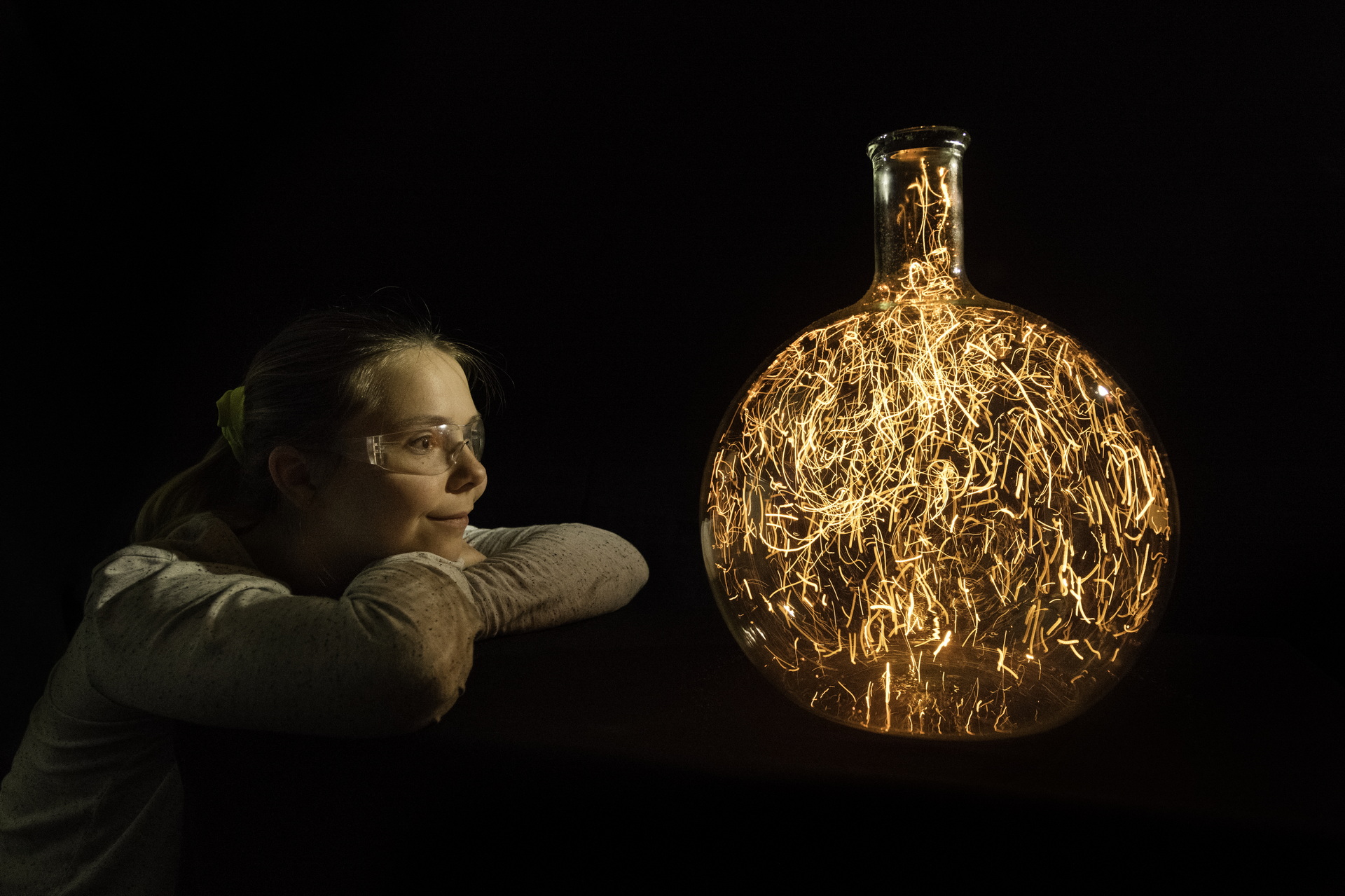 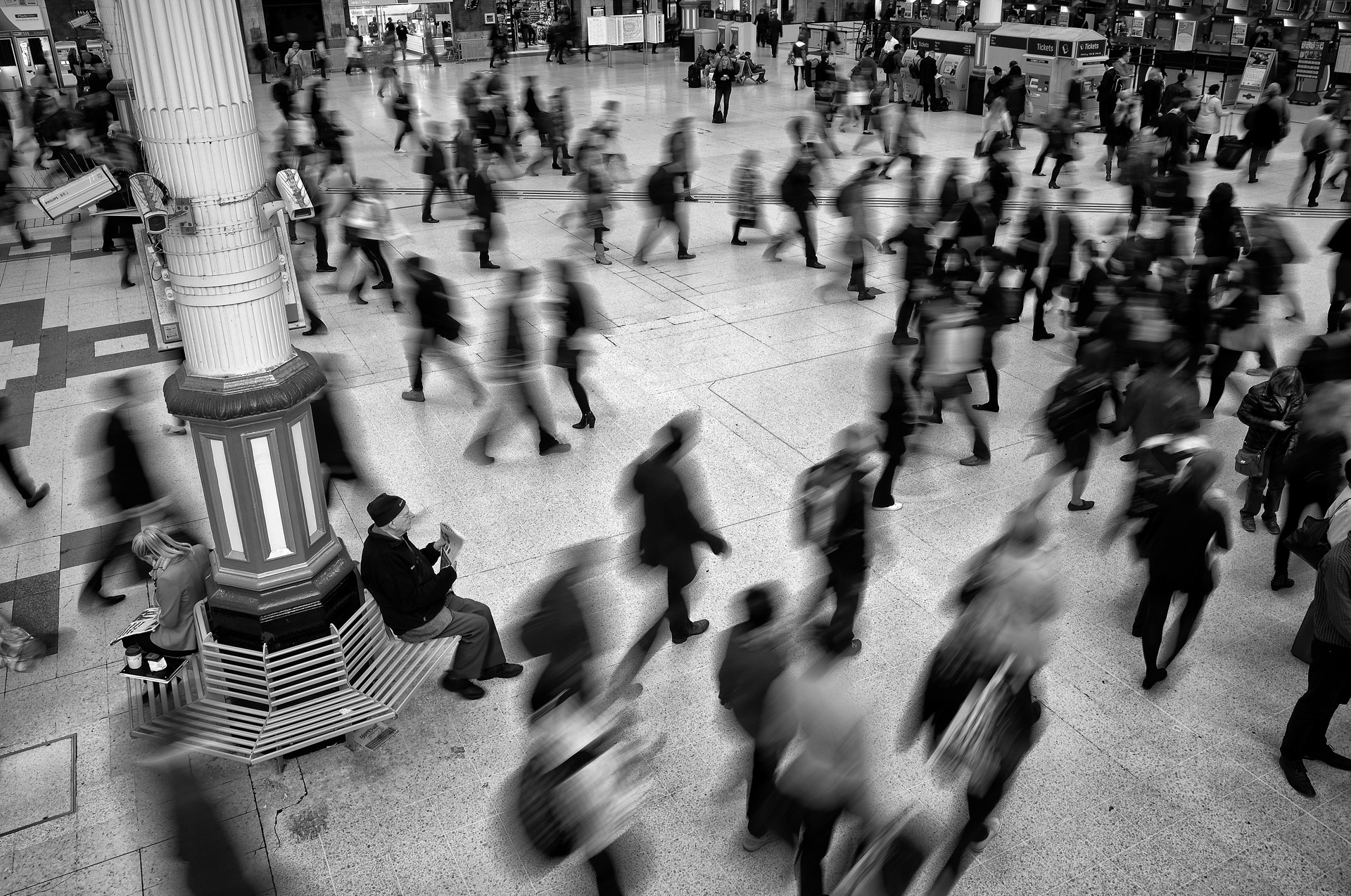